Imran khan said : "imported government" of "acting on the instructions of foreign powers" 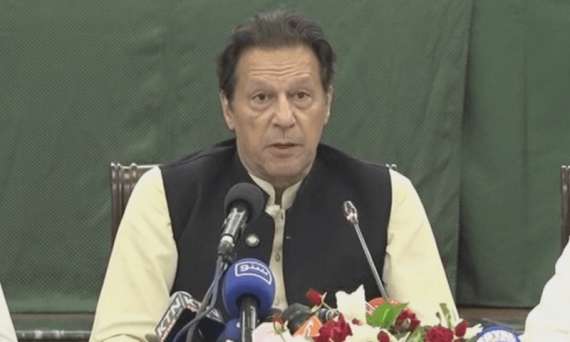 At a large rally in Gujrat on Friday, he accused the "imported government" of "acting on the instructions of foreign powers" and warned that PTI supporters would march on Islamabad if the Center "continues to torture" his party's leaders and workers. Last week at a public rally in Jhelum, he declared that his struggle for haqeeqi azadi (true independence) will continue through heat, floods and even wars.

All populist rhetoric is calculated to evoke a visceral response in its audience – and Mr Khan has shown particular adeptness at it since he was ousted from power – but it is a divisive tactic that is ill-suited to the current moment. Even for a country that often seems to lurch from crisis to crisis, Pakistan is in the midst of a particularly harrowing ordeal, with the humanitarian crisis exacerbated by harsh conditions the coalition government had to agree to in order to restore IMF aid. Buoyed by his public support, however, the former prime minister hammers home his narrative as relentlessly as the floods that cut a swath of destruction on their way to the sea.